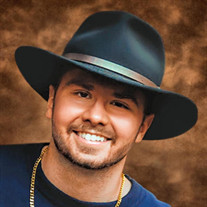 FRANKFORT – William Anthony “Will” “Willy” Linscott, age 19, passed away after a courageous battle with several life-threatening illnesses which began with Acute Myeloid Leukemia at the age of 14. His battle with cancer with the help of his sister's bone marrow would extend his life another 18 months. Complications of his underlying disease would lead Willy to his first double lung transplant. Unfortunately, one year later further complications would arise which had then led Willy to his second double lung transplant. This would extend his life another two years. Willy was a Cancer survivor of just over 5 years before he passed away. On Friday, January 28, 2022, Willy passed away in the comfort and dignity of his home with his loving family and friends by his side. Willy was born in New Hartford on October 22, 2002 to William “Bill” and Elizabeth “Beth” (Shaughnessy) Linscott. He attended and graduated from Frankfort-Schuyler High School/Class of 2020, and was the recipient of the Oneida-Madison-Herkimer School Boards Institute (SBI) Student Achievement Award. Willy wants to be remembered for who he was and not be known for his illnesses. He always remained a warrior throughout the many obstacles he would encounter throughout the past 6 years. Willy Linscott was very unique and had a special way about him; he was known for having an understanding soul. Those who knew him found Will’s perseverance, courage, and determination inspirational, no matter his prognosis or adversities. Often, those around Will were helped through their own difficult times when they witnessed Will’s tenacity. In particular, Will had the gift of a wonderful sense of humor. He could make all around him laugh–he was a real jester who could enliven any situation. He had a smile that could light up a room on the darkest of days. Willy, a young man who loved his family, Willy is remembered for his forgiving and charitable heart. He also deeply cherished his friendships. An adventurer, Will enjoyed hiking and exploring the wilderness with these friends, and never let his illness stop him from seizing the day. His family considers Will lucky to have had such loyal friends. In their consideration, these friends always made sure to include Will no matter what his current condition was. They never saw in Will his disabilities or his illness and treated him just like “one of the boys.” Willy loved to have fun. He harbored a special appreciation for music, especially for playing the drums. He loved a variety of music and idolized classic rock such as Led Zeppelin, The Doors, The Grateful Dead, Frank Zappa, etc. He was quite an old soul in his zeal for artists from the 70’s. Yet he was not to be pigeonholed, for Will also loved well-known Country Artist Jonny Cash. Additionally, Will was an athlete who excelled at track, football, and basketball, though basketball was his true passion. Willy had a huge impact on the community around him and taught all those who knew him what life is really all about. He will always be known for his perseverance and courage. He also was an inspiration to many and always will be. He is remembered for his wisdom about life, as he exemplified many of the traits of a great philosopher. Willy was able to share his views with loved ones in such a way that they were often left inspired. A very spiritual person, Willy held the belief that he had awoken or became “woke” after his second lung transplant. This manifested in a new perception of life and the world around him; Will began to see the material goods of life as less important and decided to focus more on deeper virtues and relationships – the deeper meanings of life. Will is survived by his parents, Bill and Beth; his sister, Hannah; his maternal grandparents, Daniel and Judy Shaughnessy; and his paternal grandparents, Clement and Toni Scalise. He leaves behind many great-aunts and great-uncles; as well as his aunts and uncles, Meghan Shaughnessy; Christinne Davis, Robert and Rhonda Christiansen, Christopher and Christin Christiansen, and Jeffrey Dilmore. Willy will be forever remembered by numerous cousins, especially Christopher Christiansen, Catherine Christiansen, and Andrea Christiansen. He was blessed with many loving relationships and many close special friends. Willy was predeceased by his maternal great-grandmother, Jane Bauer. The family would like to extend their gratitude to the many doctors, nurses, and healthcare professionals that were all involved in his care throughout his fight. They all provided such loving care and Willy was special to them as well. The family would also like to extend a special “thank you” for all of the support given by the community who aided Will – for all the events, resources, organizations, and foundations that have been involved in Will’s Fight!!! Visitation will be held on Sunday, February 6, 2022 from 2:00 to 6:00 pm at the Eannace Funeral Home, Inc., 932 South St., corner of Hammond Ave. Will’s funeral service and Celebration of Life will commence at 6:00 pm at the funeral home immediately upon conclusion of visitation. Regardless of vaccination status, face masks are required to remain in compliance with the state and county mask order.

FRANKFORT &#8211; William Anthony &#8220;Will&#8221; &#8220;Willy&#8221; Linscott, age 19, passed away after a courageous battle with several life-threatening illnesses which began with Acute Myeloid Leukemia at the age of 14. His battle with... View Obituary & Service Information

The family of William Anthony "Will" "Willy" Linscott created this Life Tributes page to make it easy to share your memories.

Send flowers to the Linscott family.