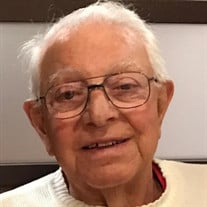 NAPLES, FL/UTICA –Mr. Samuel P. “Sam” Simbari passed into the grace of the Lord in Naples, Florida on Saturday afternoon, January 9, 2021, at the age of 94. He was a native Utican born to the late Gaetano and Domenica (Demme) Simbari and was one of 13 children. Never knowing that one of his greatest accomplishments would have been becoming a soldier in the US Marine Corps during WWII, he lived up to all of their demands, fought honorably for his country, and never forgot his days in service. A man of the Greatest Generation, Sam showed his patriotism each year on Memorial Day weekend by adorning his home with the American and Marine Corps flags displaying his love for his country and remembering those fallen soldiers. On November 26, 1953 he married the former Nancy Palmisano. They embraced each other’s love, and they supported each other’s needs; it was a successful union and it worked for them. They knew the blessings of two children, and through both of their sacrifices they made a memorable family life. It is apparent that after 62 years of marriage, part of him went with Nancy on the day God called her home in 2016. During Sam’s life he refused to remain idle, and his work ethic caused him to engage in opportunities that were endless. He was a Manufacturing Supervisor at Bendix Corporation, assisted his longtime friend George Didio at his janitorial company, and served the patrons of Greco’s Liquor Store; these positions made him a great provider for his family. Cigar in mouth, hat upon his head, he would meticulously mow the lawn of his Hammond Avenue home. He was fastidious, funny, and notably charming. He was a Mr. Fix- it, a creative builder, and everything that he worked for was precisely kept. In fact, many might say that even Sam’s car was the cleanest in town. Although an emotional journey, Sam joined fellow veterans on the bus trips to Washington D.C. to remember and honor the fallen heroes. He embraced the motto of every Marine, “Always faithful” Semper Fidelis. Among his social and civic organizations were the Knights of Columbus Council 189, and the Anchor Club whose mission was to volunteer at Camp Nazareth in the Adirondacks to prepare for summers of fun for children. Sam was a people person, a nostalgic conversationalist, and he made many friends throughout his life. He had a way of seeing through to the hearts of the most seasoned people and making an impression on the youngest souls. Much of his life revolved around industrious projects, but once he was on the fairways, the game of golf proved to be a worthy pasttime in which he participated to the very end. St. Agnes Church was home for Sam, Nancy, and their family. Msgr. Willenburg was a beloved friend, and they were active in all of the church affairs. He now called St. Mary of Mt. Carmel/Blessed Sacrament his parish, and was very giving of his time where he upheld his Catholic creed. The latter years of his life were spent in Naples, Florida with his son David where magically he made new friends and new memories. Sam is survived by his son, David J. Simbari and Lynn Bradley. He was sadly preceded by his beloved daughter Rebecca J. Almstead, and held close his relationship with his son-in-law, Jeffrey Almstead. He leaves to carry on his legacy his grandchildren, Stephanie Simbari, and Stephen Simbari; and their mother Jill Copeland Simbari. He also will be remembered by his sister, Josephine Smart; and brothers and sisters-in-law, John and Kitty Simbari, and Carmen and Carolyn Simbari; numerous nieces and nephews especially acknowledging Rosemary and Duffy Dougherty, and Ann and Tom Wolanski, and their children; great-nieces, great-nephews, cousins, and a sister-in-law, Shirley Simbari; and a lifetime of friends with whom he made indelible memories. He was preceded in death by his siblings and their spouses, infant Joseph Simbari, Frank and Evelyn Simbari, Anthony and Gretchen Simbari, Bernard Simbari, Guy Simbari, Lucy and Vincent Dannes, Mary and Roger Girouard, Pat and William Stone, Eleanor Wells, and Ann and Robert Cekosh; and in-laws, Mamie and John Perretta, John and Rita Palmisano, and Frank and Rose Palmisano. Relatives and friends are respectfully invited to attend Sam’s Mass of Christian Burial which will be held on Tuesday, June 22, 2021 at 12:30 at St. Mary of Mt. Carmel/Blessed Sacrament Parish; the family will receive visitors at the conclusion of Mass. Interment will take place in Calvary Cemetery where he will be laid to rest next to his wife. Military honors will be bestowed by the US Marine Corps. Sunrise 1926 Sunset 2021....... Semper Fi

The family of Mr. Samuel P. "Sam" Simbari created this Life Tributes page to make it easy to share your memories.

Send flowers to the Simbari family.