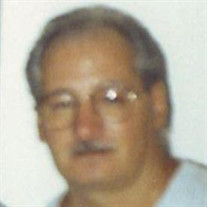 UTICA - Mr. Ralph J. Sisti went to be with the Lord and then the love of his life, his wife Linda (Karuzas) Sisti, on February 21, 2020. Ralph was the son of the late Anthony J. “Curly” and Agnes (Shimkus) Sisti. Born and educated locally, Ralph graduated from T.R. Proctor High School in 1962, alongside his “bestest” friend and supporter, his brother Anthony “Butch” Sisti. He was employed and retired from New York State, Pinefield Youth Facility. He also took much pride in working for the City of Utica Recreation Department as the announcer and score keeper for the baseball and basketball MUNY Leagues for many years. At one time, Ralph was an Official for the Boys and Girls Soccer, Girls Basketball, and Girls Softball organizations. He himself was an avid sportsman favoring cross country and track. From his younger years and to this day, he was a vocalist who enjoyed listening to all genres of music. Whenever he sang, he would rock to the beat. Later in life, you could find him on the social scene partaking in the joy of Karaoke. Always a person of deep faith and prayer with his rosary nearby, Ralph’s greatest joy was being with his family, especially his wife Linda who passed away on September 16, 1995. Ralph is survived by his sister, Barbara Broccoli and her family; his brother and sister-in-law, Butch and Joanne Sisti and their family. He will be remembered by his seven grandchildren especially including Denea, Dezerai, Tonya, and Billie; four great-grandchildren; his daughters, Lisa Serianni, and Rochelle Hendrix. He leaves behind a most special Aunt Connie Prester and her family, along with many nieces, nephews, and cousins. He was preceded by a special brother-in-law, Frank Broccoli. The family wishes to express special appreciation to Dr. John Pylman, and the MVHS Rehabilitation Barton North Unit nurses and staff for their care, compassion, and comfort given to Ralph. They are also grateful for the love shared by his granddaughter Denea Sisti and her partner Codi Bayeur, and Ralph’s precious great-granddaughter Adrienne who always brought smiles to Papa’s face. The family will commemorate Ralph’s life at a private time. He will be laid to rest next to his wife at the convenience of the family.

The family of Mr. Ralph J. Sisti created this Life Tributes page to make it easy to share your memories.

Send flowers to the Sisti family.