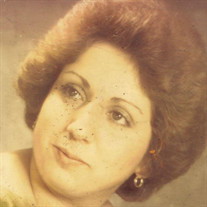 EAST UTICA - Mrs. Maryann (Guido) VanDreason, age 62, passed away on Sunday, April 18, 2021 after being stricken at home by an unexpected complication of her illness. Born in East Utica on May 14, 1958, Maryann was the daughter of the late... View Obituary & Service Information

The family of Mrs. Maryann (Guido) VanDreason created this Life Tributes page to make it easy to share your memories.

Send flowers to the VanDreason family.