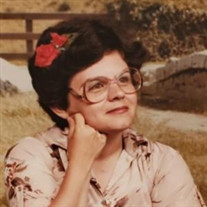 UTICA – Mrs. MaryAnn (Talerico) Terrell, age 70, passed away Tuesday morning, January 4, 2022, in the comfort and dignity of her home. Born in Utica on May 26, 1951 to the late Dominick and Laura M. (Nicola) Talerico, MaryAnn remained local for her educational endeavors. She was a graduate of Utica Free Academy Class of 1968. She then furthered her studies at MVCC, where she received her first Associate Degree in Business Administration/Bookkeeping. Subsequently, she enrolled in Utica School of Commerce, which gained her multiple Associate Degrees in Business Administration/Accounting and Business Administration/Management. MaryAnn was a high achieving student who was honored by the “Who’s Who in American Colleges and Universities” as well as having earned President’s List status for her academic achievements. On February 17, 1973, MaryAnn married Ronald S. Terrell, II. Tragically, her husband would pass away three short years later in 1976 due to injuries sustained during active duty with the U.S. Marines Corps during the Vietnam War. MaryAnn’s professional life comprised of a long-time bookkeeping position she held with Oneida County’s Department of Social Services. She remained there until her retirement, which was early due to her illness. An opinionated woman, MaryAnn was known to offer advice “with assertiveness and confidence.” Additionally, she was blessed with a loving heart and held a great adoration for her grandchildren and great-grandchildren. In her spare time, MaryAnn volunteered at the Oneida County Board of Elections. When it was time for fun, she relished trips to the Turning Stone Casino, where she loved to play the slots and engage in Bingo. Furthermore, MaryAnn enjoyed making personal hair accessories and crocheting; especially when she could crochet items for newborns – blankets, outfits, and more – to give to the newest members of family and friends. She was skilled in the sport of bowling in which she excelled and competed worldwide. Win or lose she was an avid fan of the NY Yankees and the Dallas Cowboys. A proud Italian, MaryAnn loved her heritage and celebrated with her cooking and baking. She particularly enjoyed and was adamant about keeping tradition when it came to making homemade Ravioli and Cavatelli for Christmas and New Year’s. She would require family to come to her house to make an abundance of Christmas cookies and then would make trays and pass them out to everyone she knew. She would pass down her recipes to her daughters with excitement. MaryAnn is survived by her beloved daughters and their loves, Jennifer and Michael Crawford, Sr. Utica, NY, Heather and Robert Wilson Holland Patent, NY, Andrea Terrell Spring City PA, and SaraBeth Day and Ray Howard of Phenix City, AL. MaryAnn was blessed to have in her life Michael Finster Syracuse NY, whom she loved as a son, as well as David Ingerham. She held close the memory of her infant grandsons who preceded her, Michael K. Crawford, Jr. and Dominick M. Crawford. MaryAnn will be fondly remembered by her grandchildren, Shante Washington and her fiancé Hubert Ouiya, RJ Wilson, her feathered family member “Bella,” Mitchell Howard, Rayjon Howard, Zara Howard, and Zakiya Howard; as well as her great-grandchildren, Cameron Crawford, KaMiah Ouiya, and Karmello Ouiya. MaryAnn leaves behind her sisters, Ann Marie Talerico, Carol Talerico, and Lucy Talerico; her brothers, Victor Talerico, and Gary Talerico, Sr.; a host of nieces and nephews and many cousins; she kept close to her heart her infant brother, Jesse M. Talerico, and her great-nephew, Terrence (Tre’) Coleman III, who preceded her. She was blessed with an honorary sister, Mary Rogowski, and cherished friend, Cyndee Scott, who was MaryAnn’s life-long confidant. MaryAnn was predeceased by her loving companion, Kenneth Ingerham. The family would like to extend their gratitude to Linda Finster, a long-time family friend who was a caregiver for MaryAnn, for her compassion and care. Visitation will be held on Saturday, January 22, 2022, from 3:00 pm to 5:00 pm at Eannace Funeral Home, 932 South St., corner of Hammond Ave. At the conclusion of visitation at 5:00, a final blessing will be offered. Regardless of vaccination status, face masks are required to remain in compliance with the state and county mask order.

UTICA &#8211; Mrs. MaryAnn (Talerico) Terrell, age 70, passed away Tuesday morning, January 4, 2022, in the comfort and dignity of her home. Born in Utica on May 26, 1951 to the late Dominick and Laura M. (Nicola) Talerico, MaryAnn remained... View Obituary & Service Information

The family of Mrs. MaryAnn (Talerico) Terrell created this Life Tributes page to make it easy to share your memories.

Send flowers to the Terrell family.