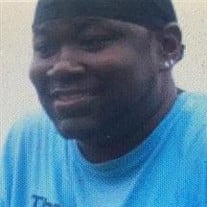 UTICA – Mr. Leonard E. Simmons, Sr., age 43, passed away unexpectedly on Saturday evening, March 19, 2022, in the comfort and dignity of his home. Leonard was born in the Bronx on November 30, 1978, to Gary Roberts and the late Joyce Simmons; Leonard was also blessed to know the love of his Aunt Theora Pressley, who helped raise him. He was raised and educated in the Bronx where he graduated from high school. Leonard eventually made the move to Utica to join the family located here. It was here Leonard married his wife, the former LaKesha M. Hamell, on April 4, 2004, and to that union came the blessing of four children. A good and loving father, Leonard was a reliable man who gave good advice, especially to his children. For his career, Leonard gained employment in Management of Housekeeping. His first position was at St. Elizabeth Hospital, where he remained for 17 years. Leonard then shifted into a similar role at St. Luke’s Memorial Hospital, which he held for the remainder of his employ. A man who could boast various domestic talents, Leonard especially loved to cook. He cooked everything, including his favorite soul foods: mac n’ cheese and fried chicken. He was moreover a grill aficionado. Leonard’s family will forever remember his Thanksgiving feasts. Additionally, he loved to dance – though at times it may not have looked like it! The life of a party with an unusual sense of humor, Leonard was known for being “goofy.” He was a great storyteller who could keep his audience on the edge of their seat, waiting for the punchline. His stories always involved some humorous aspect and brought chuckles to his listeners. In his earlier years, Leonard was skilled at playing basketball. He enjoyed sports and particularly loved watching his favorite team play: The NY Giants. He was a diehard fan. A man of faith, Leonard was a member of Greater Grace Church. Leonard is survived by his wife, LaKesha; his daughters, Shakiya Hamell, Kimora Simmons, and Nia Simmons; and his sons, Desmond and wife Earline Hamell, and Leonard E. Simmons, Jr. He will live on in the hearts of his grandchildren, Leila-Marie Pierce; and Arian Hamell; as well as his father, Gary Roberts. Leonard cherished the memory of his sister, Kisha Pressley, who passed on December 30, 2021. He will be fondly remembered by his brothers and sisters-in-law, Kevin and Nikimia Pressley, Darrin and Andrea Pressley, and Shawn and Tatum Simmons. Leonard will be missed by his aunts and uncles, including Theora Pressley, who was a “mom” to her nephew and helped to raise and nurture him, Janie Jamison, and Evelena (Al) Colistro. He leaves behind his mother-in-law, Lavern West; his grandmother-in-law, Vie Ball; and a host of in-laws, especially acknowledging John Reeves, with whom Leonard shared a wonderful friendship. Additionally, Leonard shared a special friendship with Kevin Yarborough. The family would like to express their gratitude to Leonard’s physicians, especially acknowledging Dr. Chin for his care and compassion. Visitation will take place on Wednesday, March 30, 2022, from 3:00 to 5:00 p.m. at the Eannace Funeral Home, Inc., 932 South St., corner of Hammond Ave. Leonard’s Home Going Service and Celebration of Life will commence at the conclusion of visitation at 5:00 p.m. at the funeral home.

The family of Mr. Leonard E. Simmons, Sr. created this Life Tributes page to make it easy to share your memories.