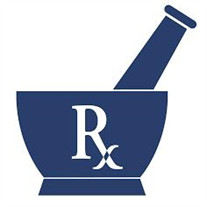 MONTICELLO, NY - Mr. Lawrence B. “Larry” Zegarelli, age 86, passed away on May 10, 2021. Born in Utica on November 3, 1934, Larry was the son of the late Lawrence Zegarelli and Ann (Rizzo) Zegarelli-Lowenthal. He also knew the love and guidance of his second father, the late Harry Lowenthal. He was a graduate of Monticello High School and received his Doctor of Pharmacy degree from the Albany School of Pharmacy. Larry was a proud veteran of the United States Army where he honorably served his country as a Private Second Class. Larry had a prestigious career as a Pharmacist while under the employment of Spector’s Pharmacy, Inc. in Monticello, NY, a quaint community where he held friendships with his clientele. His past-times included hunting as a senior, generational member of the Ridge Runners Hunting Club. Larry had a passion for sports and was an enthusiastic NBA spectator of the NY Knicks, MLB fan of the NY Yankees, and NFL devotee of the NY Giants. He appreciated spending the winter months at his home in Aventura, Florida where he had a plentiful circle of friends. He deeply loved his grandparents, aunts, and uncles, and his heart was filled with respect and admiration for them. He was the eldest of the Rizzo cousins and was beloved by all of them for his advisement. Everyone knew him to be a kind and loyal man, and he was wise enough to have friends for all seasons of his life. Holidays, traditions, and gatherings meant so much to him, and he always wanted to share these celebrations with his family. Larry knew the Lord as a guiding force in his life. Larry is survived by his cousins and their families, Laney (Antoinette) Smith, Jacquelyn “Jackie” Smith, and the late David H. Smith (2009), Greg (Diane) Rizzo, Ronald (Laura) Sorci, Jeff (Robin) Rizzo, Joseph (Patricia) Rizzo, Patty Rizzo, and Patricia Pellegrino. His life knew the joys and companionship of many dear friends, especially Diane Levine who was his special, longtime friend and confidante, Marlene Rose, Gilles and June Carbineau, Perry and Debbie Plant, Lorraine Blauvelt, Ed Dollard and the Dollard family, Dick Morey, William Jakaitis, and all the members of the Ridge Runners Hunting Club. He was predeceased by his many cherished aunts and uncles, and his cousins, including Paul Rizzo, Jean Marie Muchmore, Florence Berthold, Michael Rizzo, Jacqueline Rizzo Clay, Pat Zegarelli, Remo Zegarelli, and Sister Irene Zegarelli/OSF. The family would like to extend their gratitude to Dr. Sheldon Leidner for his years of devoted care and the personal compassion he rendered to Larry. Those who can attend are respectfully invited to share in Larry’s Graveside Service at Rock Ridge Cemetery in Monticello, NY on Thursday at 1:00. During this time of social distancing that we are all experiencing, please take a moment to connect with Larry’s family through the “Memories” section of his obituary.

The family of Mr. Lawrence B. "Larry" Zegarelli created this Life Tributes page to make it easy to share your memories.

Send flowers to the Zegarelli family.