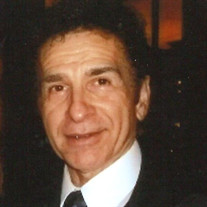 N. UTICA - Mr. Kenneth J. “Kenny” Mariano, age 65, passed from the arms of his wife to the arms of the Lord when he left this earth on Friday, January 24, 2020 in the comfort and dignity of his home. He is now free from pain. When he passed, he took a piece of his wife’s heart with him. Born in Utica on August 17, 1954, Kenneth was the son of the late Thomas A. Jr. and Carmelita (Valenti) Mariano. He was a graduate of Utica Free Academy/Class of 1972 and continued his education at MVCC. On August 28, 1976 he married the former JoAnn M. Kennedy. They were in love; they were soul mates. They shared common values, work ethics, and many happy memories. During their 43 years together, times were not always easy, but they persevered. JoAnn and Kenny spent the last 5 years, 5 months enduring an unsolvable illness, but their combined strength of mind and body gave them the will to carry on. Kenny was a young man who knew the value of hard work, and it continued throughout his career with the Department of Transportation Tree Crew. His precision was also evident in his position with the New York State Thruway Authority where he was a Heavy Equipment Operator promoted to Foreman. He retired in 2010. Though Kenny, not known to many, in his youth was shy yet carried himself with a unique style. He had an affinity for art, painting, and photography; he saw life through his own lens. He had a heart of gold and thought of others first, a quality that garnered him a million good friends. When he fell in love with JoAnn, friends and family found that Kenny blossomed into an extrovert-plus person. Very often, dinners turned into parties, trips into adventures. He became a socialite and a dancing machine! Kenny could fit 48 hours into a 24-hour day. JoAnn rarely wanted to correct Kenny but one thing that definitely got under her skin was his addictive OCD Samsung phone that was permanently attached to his ear. Details to follow... He was intuitive by nature when it came to the upkeep of his home, which both he and his wife assisted in building. He never missed a moment in trying new things. He detailed his cars, as well as many other people’s vehicles, to perfection. Physical fitness was important to him. He was a Halloween enthusiast, a Christmas decorator, and a New Year’ Eve celebrator. When it came to hobbies, Kenny was passionate about boating and riding his burgundy motorcycle and was involved in many charitable rides and great friendships. A politically-minded citizen, he served as a committee man along with his brother, in District 6-2. He strove to implement change and be a voice for the people. He supported many local candidates from various political arenas. One of Kenny’s keenest talents was “playing match-maker”. Even in his illness FTD (Frontal Temporal [Lobe] Dementia), he was persistent and his character shone through. He lived a great life, made the most of everything, and did things his way. He leaves a legacy of “Kenny-isms”, many acts of kindness, and blessings. Departure from this world was not easy; there were long days, and long nights, but his courage and will kept Kenny on this earth and sustained him, until the Lord called him home. Kenny is survived by his cherished wife, JoAnn; his brother, John A. Mariano, who had a significant role in caring for Kenny which he did out of love; his cousins, in-laws, Joseph F. and Waiyee Kennedy, and Michael and Robin Kennedy; a nephew, two nieces, several great-nieces and great-nephews; uncles and aunts, Robert Mariano, Frances Mariano, Devina and Jack Giambrone, Kathleen and Thomas Bifarella, George “Marty” Kennedy, Angelo Giacovelli, Patty Kennedy, and Jack and Susan Kennedy; and a multitude of special friends who filled the seasons of his life. He also had the affection of Daisy, his feline friend who was conveyed to him by his mother-in-law as a source of comfort. He was predeceased by his father-in-law and mother-in-law, Joseph G. and Mary Ann (Jarema) Kennedy. The family extends their gratitude to Dr. Scott Brehaut for his endless efforts to keep Kenny in a good place; and the staff of Hospice & Palliative Care who were a godsend. They were always encouraging and were collectively a bright spot during a challenging time, through their vigilance and personalized care. Visitation will be held Wednesday, from 4:00-7:00 at the Eannace Funeral Home, Inc., 932 South St., corner of Hammond Ave. Expressions of sympathy in the form of donations may be directed to Hospice & Palliative Care, Inc., online at https://hospicecareinc.org. Envelopes will be available at the funeral home. Kenny’s funeral service and Celebration of Life will commence on Thursday morning at 10:00 from the funeral home and 11:00 at St. Mary of Mt. Carmel/Blessed Sacrament Parish where his Mass of Christian Burial will be offered. Interment will follow graveside at St. Agnes Cemetery.

The family of Mr. Kenneth J. "Kenny" Mariano created this Life Tributes page to make it easy to share your memories.

Send flowers to the Mariano family.