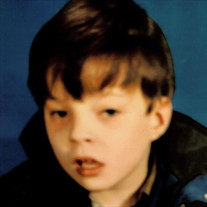 UTICA – Mr. Keith A. Nasbe, age 40, passed away on Monday, February 28, 2022, with those he loved most in his heart. Keith was born in Utica on June 17, 1981, to Bernadette E. (Doolen) Nasbe and Richard P. “Rich” Nasbe. Despite Keith being born into the world with several challenges that he would have to hurdle, he was able to make the most of everyday. Keith felt at home at Hatfield Daycare Program in Sauquoit, NY. While there, he felt a special connection with his classmates. Keith had various joys he experienced. Some of his preferences included the game he especially enjoyed, “Spinning the Shoe,” and his favorite Pepsi soft drink. Keith was blessed to have his family as his caregivers, with special mention given to his loving brothers and mother. Keith is survived by his mother with whom he resided, Bernadette E. Nasbe; as well as by his father, Richard P. “Rich” Nasbe, Sr. He will be lovingly remembered by his siblings, Christopher, Ricky and Cassandra, Richard, Jr. and his wife Debi; and Matthew and Crystal. Keith also leaves behind many aunts and uncles, and their families. He was predeceased by his maternal grandparents, Michael R. Doolen, Sr. and Loretta A. “Sis” Doolen; as well as his paternal grandparents, Richard Matthew “Dick” and Betty Lou Nasbe. The family would like to extend a special “thank you” to Dr. Sikder for truly trying to help Keith with his cancer. An additional note of thanks is given to the teachers at Hatfield Daycare, especially to Heather. In keeping with the family’s wishes, all services will be private.

The family of Mr. Keith A. Nasbe created this Life Tributes page to make it easy to share your memories.

Send flowers to the Nasbe family.