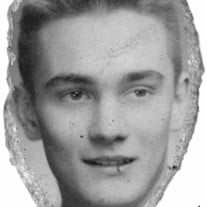 REMSEN - Mr. Joseph P. Majka, age 81, passed away on Wednesday, September 2, 2020. Born in Utica on March 17, 1939, Joseph was the son of the late Joseph and Helen (Firlet) Majka. He was a graduate of T.R. Proctor High School/Class of 1957. A proud veteran of the United States Air Force, Joe honorably served his country stateside from 1959-1962. On July 9, 1960 he married his high school sweetheart, Sylvia Bruni. They were compatible parents and shared special times together, celebrating their 60th wedding anniversary this past July. Joe was employed by Special Metals as a vacuum furnace operator for nearly 40 years, a job he enjoyed and performed with pride. Joe not only had a passion for sports, he was also a participant. In high school, he played basketball as well as baseball, including Muny League Softball and during his time in the service he was still able to participate in his favorite sports. He later became a league bowler, and a golfer, especially at the Eagle Hill Golf Course in Deerfield. He followed the Boston Red Sox on TV, and played the ponies as one of his favorite pastimes. Joe was a steak man, and porterhouse was his cut of choice. He had a hankering for spaghetti with homemade sauce with a variety of meats, cooked until tender. Eat hearty! Sylvia always wanted to provide a tasteful good meal for her husband. Joe was a patriotic member of the New Hartford American Legion Local # 1376 and a parishioner of St. Leo’s & St. Ann’s Church in Holland Patent. Above all, he was a patriarch who knew the blessing of family who he loved. They returned his love, and always cared for and watched over him. He lived each day in the fashion he chose to and nobody could stop his stride. Joseph is survived by his wife, Sylvia; his daughter, Sylvia A. Majka, Esq.; son, Joseph J. Majka; and his sister and brother-in-law, Joan and Henry Heinlein. He also leaves many nieces, nephews, great-nieces, great-nephews, cousins; in-laws, Robert Funicello, Theresa “Cookie” Bruni, and Vernon Miller; and many friends for all seasons, including Carl Hoffman, Stash Babiarz, and Dave Excell. He was predeceased by his twin siblings who passed shortly after birth; and in-laws, Aurelia Miller, Joanne Funicello, and Edmund Bruni. The family is grateful to the staff at MVHS at St. Luke’s Healthcare for their kindness and compassion, especially the personnel of the Allen-Calder Wing who were so supportive of the family; and Dr. Alpurva Shah, and Dr. Samir Desai and the staff of the Infusion Unit at the Faxton-St. Luke’s Campus for their medical expertise. Every person along the way was able to connect with Joe during his journey. When the family is able to join together, a future celebration of Joseph’s life and Memorial Mass of Christian Burial will be held at a date and time to be announced at St. Leo & St. Ann’s Church in Holland Patent. Please take a moment to connect with Joe’s family through the “Memories” section of his obituary. Our prayers go out to all as a sign of our continued support.

The family of Mr. Joseph P. Majka created this Life Tributes page to make it easy to share your memories.

Send flowers to the Majka family.