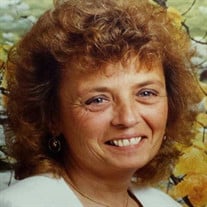 UTICA – Izena Ann (Reed) Dunn, age 74, passed away on Tuesday, April 12, 2022, with her son Bill by her side. Izena was born in Oneida on October 28, 1947, to the late Stillman and Izena (Moyer) Reed. She was raised in nearby Canastota and attended Roberts Street High School. Later in life, Izena completed her studies to become a CNA. At one time, Izena entered into marriage with James Merchant, and together they were blessed with four children. Her second union was shared with William J. “Bill” Perry, Sr., and to that relationship came the gift of two children. Izena then shared in a third union with Michael Dunn, and upon the conclusion of their marriage in 1992, she relocated to the Utica area. Izena enjoyed a long caretaking career as a CNA. She graced the Charles T. Sitrin Nursing Home with 25 years of service, using all of her God-given talents of love and compassion to benefit the residents for whom she cared. For Izena, her time spent as a CNA was very rewarding and she saw it as a fruitful career. A woman with a generous heart, a comforting touch, and a constant willingness to help others, Izena not only excelled as a CNA but also touched the lives of those she loved. She was a happy soul who enjoyed ribbing others—but always with such grace! Izena was very independent as well. She would always put in the effort to remember special things: others’ needs, important occasions, holiday celebrations, and offering a personal touch where it could benefit another. Her thoughtfulness did not go unnoticed and was appreciated by many. Izena had an artistic style, which was made evident in her decorating, crafting, and in her baking— which was one of her favorite pastimes. Moreover, Izena is survived by her children, Penny Merchant, Jackie Merchant, James Merchant, and Diane Bishop; and William Perry, Jr., and Sheila Perry. She leaves behind several grandchildren; several great-grandchildren; her sister, Ethel Johnston; her brother and sister-in-law, John and Mel Reed; many nieces, nephews, great-nieces, great-nephews, and cousin. Izena was preceded by her siblings, Albert Reed, Gertrude Jones, Stillman Reed, Jr., William Reed, Donald Reed, Charles Reed, Helen Reed, Ruth Lillie, Veronica Rood, and Nancy Reed. Throughout her lifetime, Izena, in her heart, knew many wonderful friends. The family will commemorate Izena’s life at a private time. Relatives and friends are respectfully invited to attend Izena’s Celebration of Life which will be held on Saturday, April 23, 2022, at her son’s home at 1520 Lenox Avenue, from 2:00 to 4:00 p.m.; if you wish, please bring a favorite memory of Izena so that you may share.

The family of Izena Ann (Reed) Dunn created this Life Tributes page to make it easy to share your memories.

Send flowers to the Dunn family.