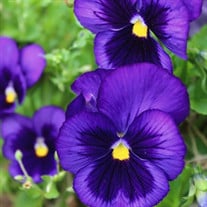 WEST UTICA –Isabella J. (LaRose) Legros, age 80, went home to the Lord on Sunday, May 1, 2022, with the love of her family in her heart. Isabella was born in Fitchburg, MA, on October 7, 1941, to the late William and Martha Marietta (Profit) LaRose. She graduated from Fitchburg High School/Class of 1960. She continued to reside in her hometown, where she enjoyed riding her motorcycle—always a Harley—and racing cars especially her ’55 Chevy in the New England Quarries. At one time, Isabella was married to William Daniels, and to that relationship came the blessing of three children. As a single mother, she worked industriously to provide; there was nothing she would not do for her children. Isabella’s professional life began in Lancaster; notably, with a position with River Terrace Health Care, where she remained for over 20 years. Additionally, she worked for Mary L. Padula, MA Secretary of Housing in Community Development (R). Isabella then held a position in quality control with Priority Manufacturing. Lastly, she worked at Roberts Variety Store. Most of her life she resided in Fitchburg prior to her relocation to Utica in order to be closer to and to be cared for by her daughter, Priscilla. An extraordinarily loving and kind woman, Isabella was known for being exceptionally concerned about others. As a mom, she was always a dependable force for her children and she encouraged them to “reach high” for their goals and accomplishments. For fun, Isabella loved to play Scrabble, which was one of her greatest pastimes. In more recent years her Scrabble buddy was her grandson Robert; the time the two spent together was so precious and both considered it such a blessing! Additionally, Isabella was an avid reader who favored the mystery genre and was no stranger to appreciating the gift of a shared book. She also thoroughly enjoyed word searches and crossword puzzles, as she was consistent in trying to keep her mind keen. Isabella’s passions further included her creative endeavors, especially crocheting. When she found out she was going to have a grandchild born, Isabella diligently crocheted two large baby blankets. Her creative talents also included sewing, which she utilized to joyfully create wedding dresses and prom gowns, as well as to make alterations. Moreover, Isabella was a fabulous cook whose specialty—pasta meals—were delighted in by all. Isabella was an amazingly generous woman who had a way of making things happen for those she loved. Coming to Utica provided her comfort, love, and good care. In that last stage of her life, Isabella leaned into the love of her daughter and her family; those last years together will always be grateful times. During that period, Isabella also came to know the respect and admiration of Dr. Francis Chabot and his wife Terry—they were true friends of the heart. He was an embracing physician who truly cared about the well-being of Isabella and her family. A devout Catholic, she often prayed the Rosary and read the Bible with such devotion. Isabella is survived by her children and their loves, Priscilla Toledo and Jose Santiago with whom she resided, William Daniels (and his late wife Tanya), and Frannie (Daniels) Rhodes and her husband, Allen. She will be fondly remembered by her grandchildren, Cassandra, Robert and his fiancée Amy, Christopher, Alexander, Brittney, Crystal, and Jose Angel whom she affectionately called Squitte; Genevieve; Anara, and Autumn. Isabella also leaves behind four great-grandchildren, and the anticipation of a fifth in June. She was preceded by her siblings, James LaRose, and Martha LaRose. Isabella is also survived by her many nieces, nephews, great-nieces, great-nephews, and cousins. The family would like to extend their gratitude to the nurses and staff of the first floor at MVHS, St. Luke’s Campus, who were kind and generous with Isabella—especially Lauren. Additional thanks are extended to Sierra, an employee of Colonial Park Rehabilitation and Nursing Center, who was an absolute blessing in keeping open communication with the family. Many thanks also to Nurse Glenda, who cared for Isabella in her home. Isabella’s family commemorated her life privately.

The family of Isabella J. (LaRose) Legros created this Life Tributes page to make it easy to share your memories.

Send flowers to the Legros family.