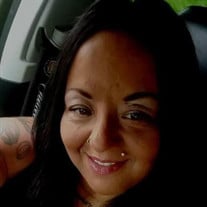 UTICA - Gina M. Hebert, age 47, passed away unexpectedly on Tuesday, October 5, 2021 in the comfort and dignity of her home, and after a long illness and additional health issues. Gina was born in Utica on August 15, 1974 to Josephine (Gazzilli) Hebert-Addington and the late Daniel G. Hebert. She was also blessed to receive abundant love and support from her stepfather Clair “C-Pops” Addington. Gina would stay local to Utica for the remainder of her life. As a girl, Gina attended Blessed Sacrament Grammar School and then went on to graduate from T.R. Proctor High School/Class of 1993. Gina rounded out her educational pursuits by studying to be a medical assistant at Mohawk Valley Community College, which propelled her into her career. Gina began her professional life as a Ward Clerk in the ICU at St. Elizabeth Hospital in Utica. Later, she switched to the position of Administrative Assistant at Central New York Cardiology, where ultimately, a health event forced her to step back from work. However, during her time as a medical assistant, Gina was always considered a valuable employee. Her work caring for others highlighted Gina’s caretaking nature, and enabled her to enjoy her many hobbies and interests. Paramount to all of them was the love she invested in her son Nicholas. She was so proud to be his mom, and Gina loved Nicholas with all her heart. The two shared many things in common, and boasted a wonderful relationship. Indeed, they were inseparable, and to Gina, Nicholas could do no wrong. However, her love was not exclusive, but abundant. Gina greatly loved her nieces and nephews, making each one feel special. Her nieces and nephews reciprocated this love, and valued her so highly that they would not open their Christmas presents until Aunt “G” arrived at each house. Gina was always prioritizing both her immediate and extended family, and she believed family gatherings were a must. She had a huge heart, and much preferred to give than to receive. Gina often orchestrated an ample Italian feast at the family table, and was known as a talented, gourmet cook by those lucky enough to eat her meals. Gina especially enjoyed the traditions of Christmas Eve, which amazed and exhilarated her. “G” was the eldest – the “boss” – and everyone knew it! Many admired the strength and courage she displayed each day, as she took the best she could from what life offered. She was insightful, selfless, and generous – almost to a fault. Additionally, Gina was the life of the party! She was the last to arrive and the last to leave, and always brought laughter to her family and friends. Gina kept busy with a variety of hobbies and interests. She enjoyed passing the time watching TV, especially reality shows. She cheered for the San Francisco 49’ers, her favorite team, whose success or failure would evoke her strong emotions. She also enjoyed shopping for clothes and makeup, and getting her hair and nails done. Gina was moreover a creative soul who was passionate about creating her art specialty: painting personalized decorations, especially customized wall hangings. As Gina’s illness worsened, she entrusted it to the Lord, and prayed for peace and well-being. She had a beautiful personal relationship with God, and was called home to Him. Though tragic for her family to lose her so young, there is joy in her being reunited with her dad, Daniel, who has been awaiting her. Gina is survived by her mom, Josephine, and her step-father, Clair; her cherished son, Nicholas; and her siblings and their loves, Nicole and Jason Ross, and Daniel Hebert and his wife Kassidy Hebert who shared a sister like bond with Gina. She also leaves behind her beloved nieces and nephews, Gianna, Isabella, Ava, and Jason; Jeffery, Kaleb, Danny, and Donato; and Kayla; Aunt “G” loved each of her nieces and nephews but was “Fairy” Godmother, as well as a second mother to Gianna and Danny. She shared a treasured companionship with Demetrius “Dee” Thompson, who took great care of her and with whom she finally found love and happiness. Gina also leaves behind her many cousins, especially Guy, and Joseph who have been such a source of comfort and help to the family, and the “3 Amigo’s” that included her, Ralph, and Danny; her Aunt Jackie Gazzilli, who took a special interest in Gina’s life and well-being; and her blessed friendships with Kelly Talarico, Brooke Edwards, and Emma Giehl who were always around when needed. For those who love their canines, you could understand how Gina’s “Lily”, who protected and comforted her, will sincerely miss her. Gina was predeceased by her maternal grandparents Daniel and Josephine (Fanelli) Gazzilli, her Uncle Guy D. Gazzilli, and her Aunt Donna M. Gazzilli, with whom she was so close on Earth, and now gets to be united with in Heaven to continue their affection for each other. The Hebert and Gazzilli families extend their appreciation to N.P. Michelle Chambrone-Gordon, who saw Gina through all her needs and was always so concerned about her; to Dr. Thomas John for his expertise in Gina’s healthcare; and to Dr. Thomas Mathew at CNY Cardiology, for walking her through difficult times. The family lovingly commemorated Gina’s life at the time of her passing. Family and friends are respectfully invited to attend Gina’s Memorial Mass of Christian Burial which will commence on Friday, October 15, 2021 at 12:30 at Mary, Mother of Our Savior Parish (Church of Our Lady of Lourdes), 2222 Genesee St., Utica. The family will receive visitors at the conclusion of Mass. Memorial contributions in Gina’s honor may be made to Anita’s Stevens Swan Humane Society online at www.anitas-sshs.org/ways-to-give/donate; envelopes will also be available at the service.

UTICA - Gina M. Hebert, age 47, passed away unexpectedly on Tuesday, October 5, 2021 in the comfort and dignity of her home, and after a long illness and additional health issues. Gina was born in Utica on August 15, 1974 to Josephine (Gazzilli)... View Obituary & Service Information

The family of Gina M. Hebert created this Life Tributes page to make it easy to share your memories.

Send flowers to the Hebert family.