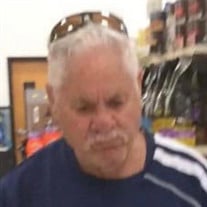 UTICA – Mr. Ernesto Montanez, Sr., age 86, passed away unexpectedly Monday afternoon, February 7, 2022, in the comfort and dignity of his home. Ernesto was born in Fajardo, Puerto Rico, on July 15, 1935, to the late Pablo and Catalina (Melendez) Montanez. He was raised and educated there, while under the maternal guidance of his grandmother. At age 19, Ernesto’s brother José brought him first to New York City, then to Rome, NY, and ultimately, they settled in Utica. Ernesto was able to find good work, which encouraged him in his decision to make Utica his new home. At one time, Ernesto had been married to Clara Melendez, who passed on March 2, 2014. During their time together, the pair was blessed with four sons. Ernesto was known for being a hard worker who dabbled in a little bit of everything. He worked for various companies, starting his Utica career with a position in the foundry at Utica Boilers. From there, he shifted into a role at Bonide Products, LLC and then moved to Melee Manufacturing. Finally, Ernesto settled at Wonder Bread, where he remained for nearly sixteen years until their close. A kind-hearted man, Ernesto was known for going out of his way to help anyone in need. If a friend or family member ever asked for something, he made sure to find a way to provide it. Ernesto deeply loved and enjoyed his family and friends. When he was not working or with loved ones, he delighted in his varying hobbies. Ernesto loved to go fishing, taking a leisurely drive, and spending time with his favorite K9 companions. A devout Christian, Ernesto found that his faith gave him comfort and infused him with purpose. Ernesto is survived by his beloved sons, Ernesto Montanez, Jr., who was also his friend and caretaker; Jose Montanez, Sr. and his wife Wendy; Edwin Montanez; and Eduardo and Lillian Montanez. Ernesto leaves behind many grandchildren and their families, as well as great-grandchildren, and his siblings’ families. He joins his siblings, who all have passed: José Montanez, Sr., Nereida Montanez, and Fernando Montanez. Visitation will be held on Friday, February 18, 2022 from 11:00 a.m. to 12:00 p.m. at the Eannace Funeral Home Inc., 932 South St., corner of Hammond Ave. Ernesto’s funeral service and Celebration of Life will commence at 12:00 noon at the funeral home immediately upon conclusion of visitation. Interment will take place in Calvary Cemetery at the convenience of the family.

UTICA &#8211; Mr. Ernesto Montanez, Sr., age 86, passed away unexpectedly Monday afternoon, February 7, 2022, in the comfort and dignity of his home. Ernesto was born in Fajardo, Puerto Rico, on July 15, 1935, to the late Pablo and Catalina... View Obituary & Service Information

The family of Mr. Ernesto Montanez, Sr. created this Life Tributes page to make it easy to share your memories.