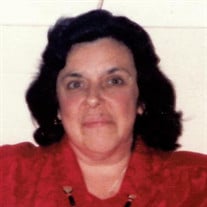 UTICA – Mrs. Eleanor May (Tripodi) Torchia, age 83, passed away on Tuesday, April 5, 2022 with those she loved most in her heart. Born in Utica on January 26, 1939, Eleanor was the daughter of the late Olga Tripodi. She was a graduate of Utica Catholic Academy/Class of 1957. For many years, Eleanor was associated with the family business, Olga’s Luncheonette. In 1969, she and her mother opened their home to care for released patients with mental disabilities; Eleanor and her mom were known for the understanding, compassion, and encouragement with which they assisted these individuals for over 37 years. Eleanor was a prolific and talented writer: having completed several novel-length works, she also undertook the creation of a children’s book. In addition, she penned numerous short stories and poems, some of which were accepted by the Salesian Society. She also applied her creative skills to the field of photography, a form of self-expression from which she derived great enjoyment and in which she was very successful: some of her photographs were accepted into the International Library of Photography. Her favorite leisure activity was embroidery; she also enjoyed ceramics. A communicant of the former St. Mary’s Church, she belonged to the parish’s Altar Rosary Society. She was also an active member of the Utica Writers Club. Eleanor is survived by her sons and daughters-in-law, Thomas R. and Joanne (Kehrli) Torchia, and Jason and Cynthia (Cooley) Torchia; and her grandchildren, twins Thomas, and Taylor Torchia; and Patrick Torchia. Eleanor held close the memory of her grandson, Anthony M. Torchia, who passed away on May 6, 2000. She is additionally survived by her dear friends, including Betty Matuszewski, and members of the Cooley and Kehrli families. She was predeceased by her friend, Anna Gaeta; and her long-time friend and confidant, Louis J. D’Amelio, Jr. The family will honor and commemorate Eleanor’s life privately. She will be interred in Calvary Cemetery at the convenience of the family. In lieu of floral offerings, memorial contributions in Eleanor’s honor may be made to the Anthony Torchia Scholarship Fund, MVCC Foundation, Inc., Mohawk Valley Community College, 1101 Sherman Drive, Utica.

UTICA &#8211; Mrs. Eleanor May (Tripodi) Torchia, age 83, passed away on Tuesday, April 5, 2022 with those she loved most in her heart. Born in Utica on January 26, 1939, Eleanor was the daughter of the late Olga Tripodi. She was a graduate... View Obituary & Service Information

The family of Mrs. Eleanor May (Tripodi) Torchia created this Life Tributes page to make it easy to share your memories.

Send flowers to the Torchia family.