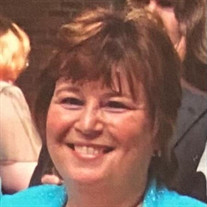 CLINTON - Doris A. “Dorie” Bolanowski passed away on Tuesday, August 10, 2021with her sister by her side. Born in Utica, Doris was the daughter of the late Henry J. “Baldy” and Charlotte (Lenczewski) Bolanowski. She attended Holy Trinity Elementary School, graduated from St. Francis De Sales High School, and continued her education at MVCC where she earned her Nursing degree and her New York State License as a Registered Nurse. Dorie enjoyed a lifelong career as an RN that began with patient care at the Mohawk Valley Psychiatric Center and then a well-deserved promotion to the position of Utilization Review Coordinator. She was proficient in her duties and responsibilities and was held in admiration by administration and peers. It was a job she loved, particularly because it was all about patient care which was a most important aspect to her as a patient advocate. Dorie was an amazing woman graced with so many fine attributes, most notably her loving, empathetic heart. Her family was paramount, and she shared an incredibly close relationship with her sister, Sue, who lives in Northern Virginia, and though miles apart, they spoke each day as if they lived next door. Sue and her husband Dave shared such a bond with Dorie that when their children came along, they knew Dorie as a second mom. Although they called her “Cioci Dorie”, a Polish endearment for “Aunt Dorie”, she was so much more than that. When both her niece and nephew married, their spouses came to love Dorie as well. When the little ones came, she was over the moon, and “Cioci Dorie” once again, had joy in her heart, and more to love, …and it was mutual. From the beginning, holidays and family gatherings were so important because their Polish traditions prevailed, with an abundance of favorite ethnic foods prepared with love. Fun-loving, caring, honest, and kind, Dorie formed many friendships over the years, including some who became fast friends in moments. She truly enjoyed life, vacations (especially cruises), great adventures, too many to count, and nostalgic times shared with her friends. But, the epitome of her travel experience was cruising on the Queen Elizabeth II! When she relocated to Cherrywood Community in Clinton, Dorie had the opportunity to have her home built to her individual specs which was so rewarding because she provided herself with a comfortable setting done in “Dorie’s style”. Also, the Cherrywood Community activities were very well planned in their social gatherings and she had the hospitality of hosting neighbors in her own home. She enjoyed spending time in different social circles, dining out, and keeping in touch through Facebook with friends from all walks of life. She was a member of the Retired Public Employee Association and remained socially active in it. Doris was of the Catholic faith. Doris is survived by her sister and brother-in-law, Susan and David Anderson. Sue was her best friend and her brother-in-law Dave’s main purpose in life was to make her laugh! Dorie poured her heart into the blessing of her niece and nephew and their children as if they were her own: adored nephew, Justin and Cheryl Anderson and their children William, and Desi; and niece, Valerie and Dan Cashman and their children Kaitlyn, Ethan, and Caleb. She was truly an animal lover and lived for the companionship she received when she adopted, and rescued her late canine “Angel” and fostered her late feral cat Frankie “blue eyes.” She also leaves her aunt, Stas Smith; cousins, Jackie and David Romano, Joe Giannatti, Don and Diane Lenczewski, and especially cousins Linda Lubey and Paul Romano who were instrumental in the coordination of important concerns during this difficult time which was great comfort to Susan and her family. Dorie was blessed with many friends from different walks of life including Barbara Sowich and daughter Lisa, Cindy Buck, her Cherrywood family, and the many friends from her professional life. She is now back with her parents, her cousin Carol Giannatti, and longtime friend JoAnn M. Lupia. The family extends their gratitude to the physicians and nursing staff at MVHS at St. Elizabeth Medical Center 3rd Floor/Special Care, Cardio-Thoracic ICU, and ICU who treated Dorie with so much dignity and compassion. As a nurse herself, she recognized the generosity of spirit and sensitivity that made a difference; and Nurse Practitioners Amanda Steward, and Melissa Abruzzi who were so wonderful in helping her make the journey as if she were family. Visitation will be held Sunday, August 15, 2021 from 2:00-4:00 at the Eannace Funeral Home, Inc., 932 South St., corner Hammond Ave. Doris’ funeral service and Celebration of Life will commence on Monday morning, August 16, 2021 at 10:00 at Historic Old St. John’s Church where her Mass of Christian Burial will be offered. Dorie loved animals and she had an affinity for April the Giraffe and the birth of April’s baby, Azizi who both tragically passed away which saddened Dorie tremendously. In deference to her passion and support of God’s creatures, especially the giraffes, and in lieu of flowers, contributions in Dorie’s honor may be made to the Animal Adventure Park, 85 Martin Hill Rd, Harpursville, NY 13787; envelopes will also be available at the service. She will be laid to rest in Holy Trinity Cemetery at the convenience of the family.

The family of Doris A. "Dorie" Bolanowski created this Life Tributes page to make it easy to share your memories.

CLINTON - Doris A. “Dorie” Bolanowski passed away on Tuesday,...

Send flowers to the Bolanowski family.