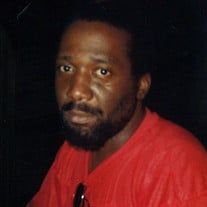 UTICA - Mr. Dennis Jackson, age 67, passed away on Friday, April 24, 2020 at MVHS at St. Elizabeth Medical Center after a lengthy illness. Born in Utica on April 5, 1953, Dennis was the son of the late Willy “J.J.” Jackson and Mary Lee (Jackson) Workman. Raised and educated locally, he was a graduate of Utica Free Academy. On August 28, 1976 he was united in marriage with Patricia A. (Parrish) with whom he shared a devoted, blessed union of 43 years. At one time, Dennis held a position with Lockheed Martin and subsequently held employment at Oneida Limited. Lastly, he worked as an assembler at ECR International in Utica, the position from which he retired. An excellent provider and patriarch, Dennis cared for his family and was always there for his children. He had a lovingly “goofy” sense of humor, and if asked if he wanted to do something, he would respond, “I’m driving”. As a musician, Dennis loved music and at one time he enjoyed playing in a band with his dad, as well as a band that included his brother and cousins. He was a fan of Carlos Santana, an amazing guitarist who performed rock ‘n roll and Latin American jazz. A car enthusiast, he took an interest in watching the automotive television series MotorWeek and attending local car shows. Dennis is survived by his wife, Patricia; daughters, Alicia Harvey, (the memory of his daughter Carmen Jackson who passed in 2006), and Teresa Cahill; sons and daughter-in-law, Nathaniel and Lamika Harvey, and Dennis Jackson, Jr.; grandchildren, Tyler Harvey, Giovanni Harvey, Shaniya Harvey, Starasia Richardson, Xzavier Jackson; Michael Cahill, Elias Cahill; Yonni Harvey, Nathaniel Harvey Jr., Nashawn Harvey, and twins Nyara and Nakira; siblings, including Debra Jackson, Denise Prince, Dolores Workman, James Workman, Arlene Workman, Troy Jackson, Tena Jackson, Tim Jackson-Larson and spouse Jared, Regina Felton, Neva Jackson, and Collette and Ronald Fink. He also leaves his nieces, nephews, great-nieces, great-nephews, cousins; mother-in-law, Mildred Parrish; in-laws, Angela and Eugene Walker (who was also a cousin and dear friend), Deborah Montanez, and Reginald and Beverly Parrish; and his friend and brother-in-law, Ernesto Montanez. The family is grateful to Dr. Manzurul Sikder, Dr. Porus J. Dhabhar, Dr. Tatynana Antonevich, and Dr. Ramesh Cherukuri for their professionalism; and Kunkel Ambulance EMTs for their care and compassion. Due to current health concerns and in keeping with federal and state regulations, services will be held with immediate family only. Please take a moment to connect with Dennis’ family through the “Memories” section of his obituary on our website. Our prayers go out to all as a sign of our continued support.

The family of Mr. Dennis Jackson created this Life Tributes page to make it easy to share your memories.

Send flowers to the Jackson family.