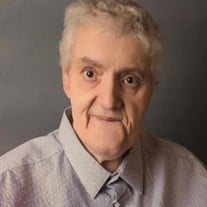 Chester Villano of Hayes Rd. in Marcy, passed away at his home on Tuesday, October 20, 2020. He was 66 years old. Chester was born in Forest Hills, NY on January 8, 1954. Chester was predeceased by his parents Victor J. Villano Sr., born 12/11/18 – 10/20/96 on and his mother, Margaret (Amante) Villano who passed away on 10/29/79. Originally from Forest Hills, NY, Chester’s parents resided in the Wrentham, MA area at the time of their passing. Chester’s paternal grandparents were Ignazio and Francesa (Cassata) Villano. Chester was also predeceased by his brother, Victor Joseph Villano Jr. of Wrenthum, MA on 1/14/06. He is survived by his sister in law Denise (Curty) Villano, his nephew Vincent Villano, and his nieces, Laurieann Richard and Christine Haskins. Chester was welcomed in to his Upstate Cerebral Palsy family in April 1989. Those familiar with Chester over the years came to know a dignified, quiet man who had amazing powers of observation. He loved to watch people and greatly enjoyed sitting quietly near his friends but also walking around, watching others. Chester was an absolute connoisseur of coffee and always enjoyed every drop! He will be fondly remembered for his interest in others--he so much loved watching the expressions/actions of others. Chester appreciated his independence and always presented himself in a dignified and respectable manner. Chester enjoyed sharing gentle kisses to the foreheads and cheeks to those he was fond of. He will be missed by so many staff and friends at UCP including all at Jones IRA in Barneveld where, until recently, Chester had resided for several years. Those at UCP’s Barneveld Day Habilitation program and his former care manager were also so fond of him and his gentle presence. Chester had just recently moved to the D’Amico ICF in Marcy, NY. He was of the Catholic Faith. UCP thanks Hospice Palliative Care for their care and support given to Chester and to staff at D’Amico ICF. Chester will be laid to rest with his parents at St. John’s Cemetery, Middle Village in Queens, NY. Arrangements have been entrusted to the Eannace Funeral Home, Inc., 932 South St., corner of Hammond Ave. Please take a moment to connect with Chester’s family through the “Memories” section of his obituary. Our prayers go out to all as a sign of our continued support.

Chester Villano of Hayes Rd. in Marcy, passed away at his home on Tuesday, October 20, 2020. He was 66 years old. Chester was born in Forest Hills, NY on January 8, 1954. Chester was predeceased by his parents Victor J. Villano Sr., born... View Obituary & Service Information

The family of Mr. Chester Villano created this Life Tributes page to make it easy to share your memories.

Chester Villano of Hayes Rd. in Marcy, passed away at his home...

Send flowers to the Villano family.