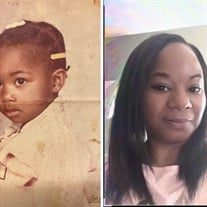 NEW HARTFORD – Carlene Unese Lawrence, age 51, was called home by the Lord on Friday, April 22, 2022, with those she loved most in her heart. Born in Utica on March 20, 1971, to Robert Lawrence, Sr. and the late Wilmer A. “Big Ann” Davis, Carlene also knew the love of her stepmother, Barbara Lawrence, and her late step-father, Glenn E. Merrick. She attended Brandegee, Conkling, Roosevelt, and Miller Street Elementary Schools, and was a graduate of T.R. Proctor High School/Class of 1989. Carlene’s love for nursing began at a young age. Then in the early 1990’s she became a Home Health Aide. Thus, she pursued her passion and studied nursing at MVCC and then at St. Elizabeth College of Nursing. Carlene enjoyed a prolific career as a nurse, which began with her working for the Visiting Nurse Association as a Home Health Aide. From there, she accepted a long-time tenure with St. Luke’s Hospital. One of her first positions held there was as the Charge Nurse in the Renal Unit, and her last was in the Psychiatric Department, the position she held during her untimely passing. Everywhere she worked, Carlene was known for being a passionate caregiver. Her coworkers, who were her “work family”, loved her as much as the patients adored her. Carlene was truly a woman dedicated to the profession of nursing. A loving mother who was blessed with her son, Carlene dedicated her life to his well-being, as he was born with challenges. She always believed that God gave her this blessing, and she called him “Baby Phil”; he was born on Father’s Day and was considered a miracle. Carlene had faith in her son’s abilities and his capacity to learn. She was so proud of him. Her most fervent hope for him—one which brought her peace— was his present and future wellbeing. People who knew Carlene marveled at her ability to manage her many responsibilities and her sense of hope through it all. A woman with a lively spirit, Carlene was a prankster who loved to dance. She was known for anticipating the joke but missing the punchline! Whenever her family came around, it was a happy, joyful day. Carlene enjoyed traveling and looked forward to the numerous trips she could take with her son. Some of their adventures included trips to Jamaica, the Dominican Republic, and Puerto Rico, as well as to Disney. Her other passion was dogs. A true dog lover, Carlene shared her life with many canine companions, including a Poodle named Sashi, a Pomeranian named Pom-Pom, and her Rottweilers Diva and Roxie, who was still part of her home when she passed. Carlene was an amazingly strong and determined Black woman who had confidence in herself. When she had it in her mind to do something, she made sure it was done with excellence. She was wise, independent, and always willing to let go of offenses toward her. Additionally, she held a deep love in her heart for family. She loved her mom, was always respectful toward her, and absorbed life lessons and values from her. Carlene and her dad, “Wolf”, shared precious stories and rides in the country together that bonded them in a very harmonious way- he is so saddened by her passing but will make sure that the details of her life she shared with him will be tended to. Her family especially appreciated Carlene’s sweetness. She loved all of her siblings, and had a special relationship with her brother “Pop”—the two were like Bonnie and Clyde and shared many crazy adventures where they continually had each other’s back. A deep thinker and a great conversationalist, Carlene was a treasure to her family. They valued how persistently she worked to make a wonderful lifestyle for herself and that she shared the steadfast work ethic her dad always displayed. A woman who absolutely loved and prioritized family, Carlene never missed an opportunity for special family functions. Additionally, Carlene will be fondly remembered for her “lead foot!” Carlene had a spirituality which grounded and guided her life. Carlene is survived by her father and step-mother, Robert Sr. and Barbara Lawrence; and her most adorable prized possession: her son, Phillip Clarke. She leaves behind her siblings, Brenda Jo Rodriguez, Theresa, a godmother to her son, and Martin Serianni, Almisha Carr, Robert Lee Lawrence, Jr. & LaToya Lawrence, and Robert’s current companion Yolanda Atkins, Reginald Sr. and Jackie Davis, Eugene Henderson, Ruthann Lawrence, Antonio Lawrence, Classie Harvey, Latoya Henderson, Lasanja Jackson, Robert Lee Jackson, and Jerell Lawrence. Carlene will be missed by a host of nieces, nephews, great-nieces, great-nephews, and cousins; and will live on in the hearts of her aunts and uncle, Rosie Robinson, Eva McFarley, Angel Green, Glen Winfield, Stella Mae Winfield, and Ruthann Lee Lawrence. Carlene was a true blessing to many of those she befriended over her 51 years, especially to her good friend and co-worker, another godmother of her son, Gloria Harrison. She was predeceased by her maternal grandparents, Wilmer Davis and Eva Mae Frederick; her paternal grandparents, James Lee and Luella Fane-Lawrence; her aunts and uncles, Pearline Davis, Melinda Linen, Isaac Jenkins, Vassile Lee Adams, and James Lee Fane. At this difficult time, the family is comforted by Carlene’s co-workers, those who were her caretakers at MVHS at St. Elizabeth Medical Center, and the many-who have shown love and concern. She would also surely want her family and friends to pray and care for her “Baby Phil”. Visitation will be held on Tuesday, May 3, 2022, from 3:00 to 5:00 p.m. at the Eannace Funeral Home Inc., 932 South St., corner of Hammond Ave. Carlene’s Home Going Service and Celebration of Life will follow at 5:00 p.m. at the Funeral Home immediately upon conclusion of visitation.

The family of Carlene Unese Lawrence created this Life Tributes page to make it easy to share your memories.

Send flowers to the Lawrence family.