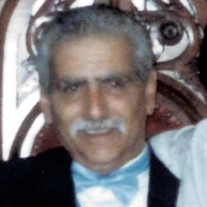 NEW HARTFORD – Mr. Brian Charles Alam, Sr., age 75, passed away on Thursday, January 27, 2022, in the comfort and dignity of his home. Born in Utica on October 20, 1946, Brian was the son of the late Joseph F. “Hottie” Sr. and Martha (Campanaro) Alam. He was raised and educated in Utica. A proud veteran of the United States Marine Corps, Brian honorably served his country from 1967-1969 during the Vietnam Era where he was wounded while on active duty. Brian and Francine McConkey shared in a loving relationship of 53 years and were married on September 28, 2001, a devoted union the couple cherished until the end. As well as serving his country in the military, Brian also served his community as a Firefighter with the Utica Fire Department for 10 years, up until his illness. A man of true convictions, he was steadfast and set in his ways, and every task or endeavor had to meet his specifications. The outdoors brought Brian his greatest enjoyment ~ fishing with his cousin Frankie at Alex Bay, which was a source of solace and great gratification. He also loved the soothing sounds of music, especially jazz. A Catholic by faith, Brian shared a spiritual connection with the Lord that brought him a sense of peace and purpose throughout his life. Brian is survived by his wife, Francine; and his son, Philip “Phil” McConkey. He held close to his heart the memory of his son Brian Charles Alam, Jr. who passed away on May 5, 1992. He also leaves his nieces, nephews, great-nieces, great-nephews; cousins, especially acknowledging Michelle Gulla, Ricky Gulla, Philip Gulla, Michael Peterson, and Debbie and Raymond Jadhon; in-laws, Carol Ann Rupley, Tina Marie McConkey, Mary Angela Cunningham, Kathleen McConkey, Anthony C. McConkey and Claire Dillard, Bernard C. and Amy McConkey Jr., and Nicholas A. McConkey and many wonderful friends. He was predeceased by his nephews, James Alam, and Philip Gulla, Jr. The family is grateful to the 3rd Floor staff of MVHS at St. Luke's Healthcare for the loving and compassionate care provided to Brian during his stay; and his primary caregiver, Chelsea Savage. Relatives and friends are respectfully invited to attend Brian’s funeral service and Celebration of Life which will commence on Friday, February 11, 2022, at 1:30 pm at Historic Old St. John’s Church where his Memorial Mass of Christian Burial will be offered. The family will receive visitors at the conclusion of Mass. Regardless of vaccination status, face masks will be required to remain in compliance with the state and county mask order.

The family of Mr. Brian Charles Alam, Sr. created this Life Tributes page to make it easy to share your memories.