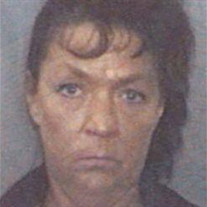 BRIDGEWATER, NY - Mrs. Antoinette “Toni” (Bialobzeski) Johnson, age 70, passed away on Wednesday, January 29, 2020 in the comfort and dignity of her home with her loving husband by her side. Born in Albany on November 3, 1949, Antoinette was the daughter of the late Stanley J. and Eleanor (O’Toole) Bialobzeski. She was raised and educated in Rensselaer, NY. On November 23, 1998 she married Dennis M. Johnson. During their 21 years together, Toni was blessed with the best life and a wonderful man who enhanced it. Toni was a sincere soul, and her honesty and integrity were evident in her daily life. She shared the wisdom of her years with others, was high-spirited, fun-loving, and humorous. But above all else, being a good wife and mother was paramount. She was grateful that her life was fulfilled and made complete through her marriage to Dennis. She raised and nurtured her children throughout their lives, tended to the upkeep of their home, and catered to the needs of her husband and family. Antoinette is survived by her beloved husband, Dennis; her daughter and son-in-law, Antoinette Shannon and Kevin Eddy; her sons and daughters-in-law, Patrick and Heidi Johnson, Randy Johnson, Lawrence “Guy” Johnson, Shane and Cassandra Johnson, Lance Johnson, and Darren and Elaine Johnson. She cherished the memory of her son, Stan who preceded her, and will be missed by her daughter-in-law, Storie Johnson. Also surviving are her husband’s children, especially acknowledging Crystal and Frank Zegarelli; numerous grandchildren; several great-grandchildren; sisters and brother-in-law, Eleanor Nye, Michelle Grant, Marilyn Frank, Elizabeth “Tish” and Nick D’Agostino; brothers and sisters-in-law, including twins Joseph and Kristie Bialobzeski, and Michael (Jerry) and Cindy Bialobzeski, Stanley (Murph) and Teresa Bialobzeski; many nieces, nephews, great-nieces, great-nephews, cousins, and in-laws Lita Johnson, Marie Joyce Johnson, and Robert O’Keefe. She was predeceased by her brothers, Stephen Bialobzeski, and Tom Bialobzeski; sister, Barbara O’Keefe; and brothers-in-law, Fred Nye, Dominick Grant, and Robert Frank. All services will be held privately and at the convenience of the family.

The family of Mrs. Antoinette "Toni" (Bialobzeski) Johnson created this Life Tributes page to make it easy to share your memories.

Send flowers to the Johnson family.