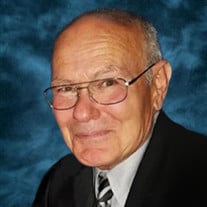 UTICA - Mr. Angelo J. Scaccia, age 75, passed away on Tuesday, December 8, 2020 in the dignity of his home after a courageous journey with Parkinson&#8217;s Disease. At the time of his passing, his devoted family was by his side. Born in... View Obituary & Service Information

The family of Mr. Angelo J. Scaccia created this Life Tributes page to make it easy to share your memories.

Send flowers to the Scaccia family.